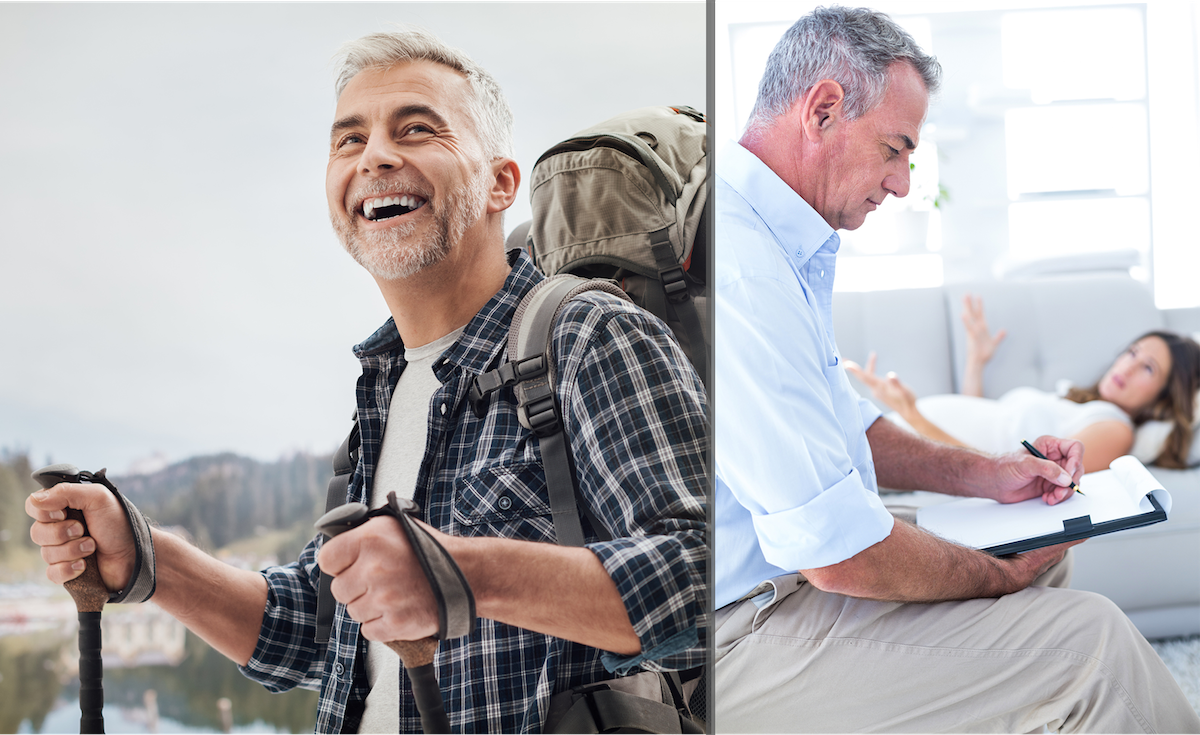 When I posed a question on Facebook, asking people how they felt about “retirement” the replies ranged from “I plan on working into my 90s,” to “I retired at 55 and am loving it.” People wanted either financial freedom ASAP or to work, in some capacity, forever. Surprisingly, no one said they wanted to retire at age 65. So which route is more likely to extend our lifespan?

The Case for Retiring Early

My friend Mark ended his career at 54 and never looked back. He travels regularly with an adventurous husband, scuba dives, plays with drones, enjoys his fabulous pool and time with friends, and is involved with several charities. He makes time for naps, his health, and household tasks with ease. Not much stress there, right? When you reduce stress, you live longer.  On Facebook we “like” his posts but secretly envy him. As they say, haters gonna hate.

Whenever I ask him how it’s going, I keep waiting for him to confess that he misses work – that the novelty of so much simple pleasure is wearing off. Nope. Five years in, he’s still loving it. How can an early retiree stay so happy? Because he retired early with plenty of resources and stays fully engaged in life.  Maybe he’s lying when he tells me he’s having such a good time, but I doubt it. I’ll keep asking just to be sure.

The Case for Working Forever

My client, Manny, a therapist, refuses to let me build him a financial plan that shows him what life looks like after he’s achieved financial freedom. He simply doesn’t want to waste time planning for something he can’t imagine doing…retiring.  He enjoys the challenge, the people, the sense of purpose it gives him, and most of all, truly making others’ lives better. He absolutely loves his work and has some autonomy with his schedule, so he can easily reduce the number of patients he sees if he wishes to do so later in life.

Granted, he still needs to be prepared for the worst (an injury or medical condition that makes him unable to perform his job), but he chooses to live as if he’ll work until his last breath. In his case, with an active body and mind, he’s living his best.

Mark has more time for health, leisure, and being charitable, while Manny has a career he loves where he controls his own hours. Both have a high level of autonomy, are keeping their stress levels down, and remain fully engaged in life in their own way.

So, according to the data, which of them will have a longer lifespan?  I have no idea, and I’m pretty sure neither of them really cares. In terms of quality of life, they’ll both win.