Lessons from Bowie and Rickman 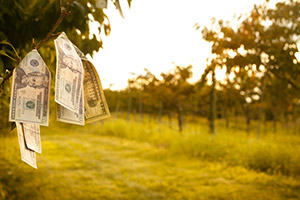 Alan Rickman and David Bowie had a few things in common (in addition to being likable and talented British entertainers). They achieved a state of financial independence well before “retirement” age, worked because they wanted to and died way too soon.

For a year, I’ve been writing about ways in which baby boomers could shift things in their lives to achieve a state of financial freedom by age 60. But what would you do differently if you knew your life might end at 70? If you’re feeling a bit less invincible right now, here is a recap of my favorite ideas from the past year.

Love it or leave it—your career, that is. Rickman and Bowie worked because they enjoyed it, not from a sense of financial obligation (their most recent net worth figures confirmed my curiosity). They both had the kind of career that could easily last for another two decades. Bowie released an album (pretty good, I might add) just days before dying, and Rickman is slated to have several posthumous movie releases.

Is there a business idea or career chapter that you’re itching to pursue? One where you’d have a deep sense of regret if it never happened? As I touched upon in Stop Saving for Retirement, making the shift to a lower-paying job is feasible, even if you live well past 70, as long as you’re willing to work a bit longer in the new job.

If your house equity makes up a sizable portion of your net worth, you may want to entertain ways in which you could access it. Why? Because that equity can’t be converted to cash flow unless you tap into it in some way (selling and becoming a renter, downsizing, etc.). As written in Less House, More Experiences, people are choosing to live more simply in order to have more resources for other things, such as travel.

The roots you have in your current city may have grown stronger over time (friends, colleagues, community, etc.), but is that reason enough to stay put forever? As I wrote in Final Home Destination and Living Abroad, relocating to a city or country with a lower cost of living may allow for increased future spending and/or help you reach a state of financial independence sooner. I’m sure that your friends will let you visit.

One man’s trash really can be another man’s treasure. Is your “stuff” getting its “highest and best use,” as successful corporate folks like to say? If someone else would use and enjoy it more than you, isn’t that reason enough to let go? Remember that your things are living rent-free. If you like the idea of downsizing your home, there’s no better time to take inventory of the things you won’t use and enjoy within the next one or two years. That’s even more space you won’t need in your next home.

Unlike David Bowie, Alan Rickman’s battle against cancer was quite short. I can’t fathom the idea of having to worry about updating my estate plan (will, trust, medical directives, etc.) when I’m in my final months of life. Plan for your death while you’re still in a good mood, and make sure that your estate reflects your current wishes.

I’ll leave you with my favorite quote from the movie Kung Fu Panda: “Yesterday is history, tomorrow is a mystery, but today is a gift. That’s why they call it the present.”