Done by 60: Living Abroad—a Look at Life as an Expat 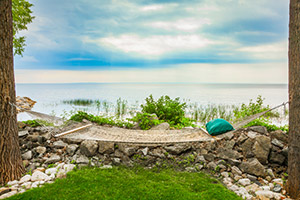 I often wonder what I would do if my worst financial doomsday scenario happened. Maybe some unforeseen event ends my career prematurely. Maybe my mom needs thousands of dollars for long-term care. My current fantasy solution is to become a Central American expat living for about 50 cents on the dollar in a small modern house with minimal stuff, a great view and fun part-time work in adventure tourism.

Whether it’s a doomsday scenario, a desire to stretch the dollar in the retirement years or the urge to have financial freedom sooner in life, the expat route is becoming more attractive and realistic to Americans as other nations become more developed.

A Visit to the Local Realtor

Since most of the expat testimonials I’ve read precede a travel magazine pitch or other advertisement, I’ve been skeptical. So, on my recent scuba diving trip to Costa Rica, I sought out the wisdom of a real-life expat with a pulse on the country’s real estate market. Robert Davey, a Realtor now living and working for Plantacion Properties in Guanacaste, moved from California several years ago. What he shared was surprising in its simplicity:

International Living has a global retirement index that ranks countries based on several categories, such as real estate prices, overall cost of living, health care and climate. Here are some other issues to look into before moving:

I know what you’re thinking: It’s a great idea in theory, but just not for you. Well, keep in mind what I wrote in my “Final Home Destination” blog—the aggregate costs of staying in an expensive city relative to a cheaper U.S. city (20%) could be hundreds of thousands of dollars for the average retiree. Imagine how your life might change if your annual lifestyle and housing costs dropped overnight by 50% by moving to a less expensive country. Worried about losing contact with your friends? I’m guessing they will be happy to visit you if you pick wisely in an exotic location (or just because they love you). Don’t decide now—but think about it next time you’re crawling on the 405 freeway or paying your $10,000 property tax bill.