Done by 60: At a Loss About Selling Your House? 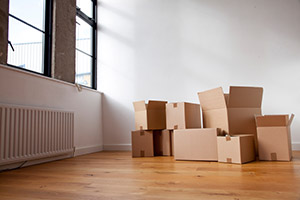 A 60-year-old male walks into a Los Angeles bar and tells the bartender, “I’ve retired from my career in banking, I’ve built up a nice nest egg, and I’m ready to sell my house and move to Palm Springs—just as soon as I can get my house to appraise for more than what I paid for it.”

The bartender asks, “Why does that matter?”

Yes, I’m the bartender in this example. For privacy reasons, I’ll call my client Todd. What’s really holding Todd back from transitioning to the life he wants? Is it the pride that comes with home ownership? Is it a belief that his house will rise in value more quickly than the stock market? Is it a fear of change?

It’s none of those things. He simply can’t bear the thought of selling his house at a lower price than he paid for it. If he can find a way to get over the small loss, there may be a great deal of other gains to be had.

When an early retiree’s net worth consists entirely of a house and a retirement account (401(k), IRA, pension, etc.), there’s a compelling reason for selling sooner than later. Despite Todd’s house being worth a bit less than what he bought it for, he has already paid down a large chunk of his mortgage. By selling, Todd will generate enough cash proceeds from the equity that he’ll be able to cover his new housing expenses for at least 10 years.

This means that he can leave his IRA alone to grow and avoid the income taxes he’d otherwise incur by using the IRA to cover all of his life expenses. Even better, if he opts to do some part-time consulting or seasonal work for the next 10 years, he may not have to touch his IRA at all until he’s required to do so at age 70.

As I wrote in my blog article “Overstaying Your Welcome,” converting from being a homeowner to a renter later in life doesn’t mean that you have to downsize your lifestyle. It’s simply a way to convert an illiquid asset (like home equity) into cash flow. If you choose to rent a place that is smaller or less expensive, that choice may increase what you can spend on life experiences. In Todd’s case, he thinks that his Palm Springs rental cost will be fairly close to his current housing costs (excluding the mortgage). So any cash proceeds created by the home sale can be used to enhance his lifestyle.

The Cost of Waiting

Every month that Todd waits to sell means that (1) he has to withdraw from his IRA to cover his expenses, which means he pays ordinary income taxes on those withdrawals; (2) he’s living in a city in which he no longer wants to live, where daily costs are higher than where they will be in his new city; and (3) he’s not building his new community of friends—the people who will be there for him when he faces the challenges that come with old age. So, Todd, if you need a Realtor, I know a few.